The History of Cakes

The History of Cakes

For those of us who share an affinity for sweets, cake probably ‘takes the cake’ as our favorite dessert ever. It’s the one treat most commonly associated with momentous celebrations, and it can even manage to evoke nostalgia. Not to mention, a flavor profile exists for practically every taste, even those who don’t like chocolate (although we have to respectfully agree to disagree here). But, what you may not know is that cake has a history that is as rich and detailed as those exquisite cakes we see on TV and in our own homes. Let’s enhance our cake trivia and indulge in some history of cakes. 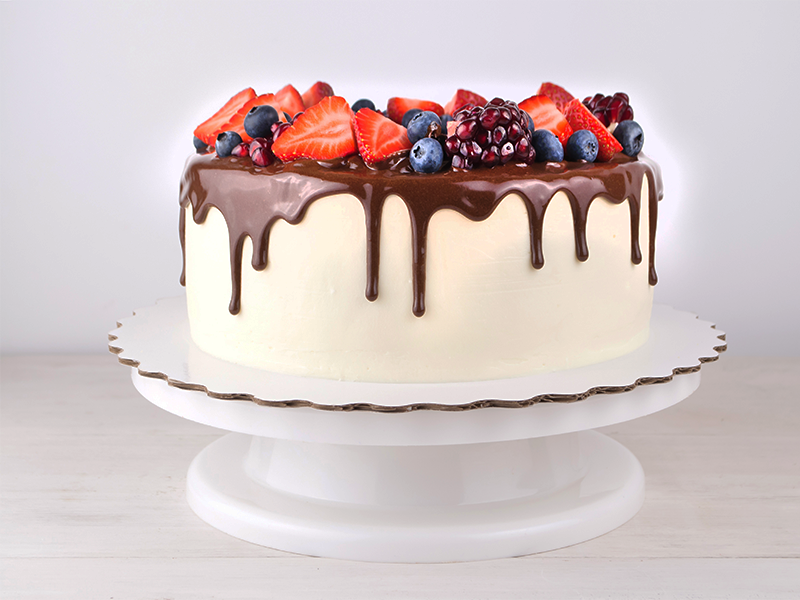 The word cake is of Viking origin, derived from the Norse word “kaka.” The first cakes ever made are actually quite different from the ones we eat today. Interestingly, the ancient Egyptians were the first culture to exhibit baking skills, and during Ancient Times the cakes were more bread-like in appearance and sweetened with honey. The Greeks also had an early form of cheesecake, while the Romans developed versions of fruitcakes with raisins, nuts and other fruits.

Meanwhile in mid-17th century Europe, cakes were frequently baked as a result of advances in technology and access to ingredients. Europe is credited with the invention of modern cakes, which were round and topped with icing. Incidentally, the first icing was usually a boiled mixture of sugar, egg whites, and some flavorings. During this time, many cakes still contained dried fruits, like currants and citrons.

Then, in the 19th century, cake, as we know it today, became more popular. However, the treat was considered a luxury as sweet ingredients like sugar and chocolate were very expensive. During this time, cakes were baked with extra refined white flour and baking powder instead of yeast. Buttercream frostings also began replacing traditionally boiled icings. Also, thanks to the advancements in temperature controlled ovens, a baker’s life became much easier. No longer did the bakers have to continually watch and wait for the cake to finish baking. Even more, the Industrial Revolution made ingredients more readily available, which made them cheaper, so more people could bake them or even buy them at the store. 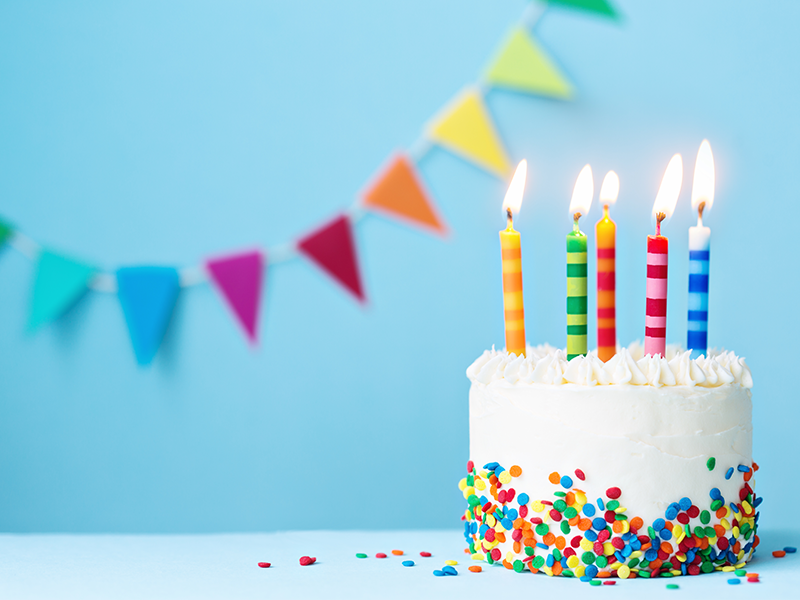 Now, we can’t talk about the history of cakes without mentioning birthday cakes! Today, cake is obviously used to celebrate occasions, like weddings, engagements, anniversaries, holidays, and of course birthdays. But, when did we actually start celebrating birthdays with cake, and why? Notably, in Ancient Greece, it was tradition to celebrate the births of their gods. And, for the celebration of goddess Artemis’ birth, people would bake a round cake in her honor, to symbolize the moon. Theories suggest that the cake was decorated with lit candles so it would glow like the moon.

Then, by the 13th century, German children began celebrating their birthdays (called Kinderfest) with cakes that were also lit with candles. Candles stood for the light of life, with one candle for each year and one additional candle for continued life. However, unlike today, the candles burned all day and were often replaced when the flame died down. Finally, before the cake was eaten, the candles were blown out, and the child would make a wish. The belief was that the smoke would carry the wish to heaven. And, like modern tradition, the birthday girl or boy wouldn’t tell anyone their wish so it would come true.

Why are Cakes Round?

Although cakes can be baked in virtually any shape imaginable, there are several theories as to why most cakes are traditionally round in shape. Generally, the round cakes we enjoy today were made by hand and molded into round balls. While baking, the bread naturally relaxed into rounded shapes. Now, we often use hoops and pans to create the distinctive circular shape of a cake.

Although, there is another theory too, which is that Gods prefer round cakes. In Ancient Times, some civilizations baked cakes as a kind gesture for their gods and spirits. A round cake was meant to symbolize the cyclical nature of life, as well as the sun and the moon. Incidentally, this theory could explain why we serve cakes at special occasions like birthdays, to symbolize the cycle of life.

We don’t know about you, but all of that history of cakes really has us craving a piece. Luckily, we don’t know a better baker than our pastry chef, Natalie. Take a look at Natalie’s quick-motion baking videos on Facebook to see her in action. And, be sure to check out the Bakery Menu to taste Natalie’s creations.